In syndication since 1986, and now in our 29th year — Over 2,900 questions answered
Most recent column here — 17 years of archived ones are linked below

DEAR JERRY: I just heard Buck Owens' recording of "On the Cover of the Music City News" for the first time.

Was this made before or after "The Cover of Rolling Stone," by Dr. Hook?

Also, is it true that the British Broadcasting Corporation (BBC) regarded "The Cover of Rolling Stone" as advertising for the magazine, and refused to play it?

Did the band then record a revised version specifically for the UK titled "On the Cover of the Daily News"?
—Judy Hoffman, Mount Carmel, Ill.

DEAR JUDY: "On the Cover of Rolling Stone," originally credited to Dr. Hook & the Medicine Show (Columbia 45732), made its chart debut November 25, 1972 on Cash Box and the following week on Billboard.

By mid-March of '73, both magazines ranked "On the Cover of Rolling Stone" at No. 6 among their Top 100 singles.

On March 23, Bucks' "On the Cover of the Music City News" (Capitol 3841) made its debut on the country charts, where it too would reach the Top 10.

In the spirit of full disclosure, and no doubt in anticipation of your question 41 years later, the Capitol label reads: "New Parody Lyrics by Buck Owens & Jim Shaw - Based on 'Cover of the Rolling Stone' by Shel Silverstein."

As for the BBC boondoggle, in January 1973 CBS issued the record (CBS 1037), with title and artist credit matching the U.S. Columbia hit.

Once the watchful eyes of the BBC's trade-names police spotted the words "Rolling Stone," a registered trademark, on the label, they refused to play it lest it be considered free advertising.

I understand how you and countless other music lovers thought the band returned to a studio to record a slightly revised version, with "Rolling Stone" replaced by "Radio Times" (not "Daily News"), but they didn't.

From no less an authority than Dennis Locorriere, Dr. Hook's co-lead singer, we now know they were surprisingly unaware of it at the time:

"Legend has it that we went into a studio and rerecorded the song as 'The Cover of Radio Times' — a weekly BBC TV & Radio Magazine [similar to our TV Guide, but with radio and television programming] — so the BBC would play the song.

"What actually happened was that a bunch of BBC disc jockeys went into a studio and shouted 'RADIO TIMES' over our original chorus.

"It's the same recording that we released but with the addition of their voices layered on top of ours.

"You can, however, still hear us singing 'Rolling Stone,' but way in the background, under their voices.

"I never heard the alternative ['Radio Times'] version until a couple of decades after the fact, when a fan attending one of my shows gave me a cassette copy of it.

Interestingly, when the record of "The Cover of Radio Times" came out in February (still as CBS 1037), the band's name is changed to "Dr. Hook & Friends." Perhaps among the "Friends" are those unnamed jocks shouting "Radio Times."

How, or even if, the BBC reacted to the second CBS pressing is not clear. Like Rolling Stone magazine, Radio Times is also a periodical, albeit one that was co-founded in 1923 by the BBC, and until 1991 listed only programming for the BBC's radio and television channels.

Furthermore, from 1937 to 2011 "Radio Times" was published in-house by BBC Magazines.

Whatever the reasons, neither version received appropriate exposure, nor did either appear on any of the UK (New Musical Express) record surveys.

Though not exactly what the boys wished for in Shel Silverstein's song ("Wanna see my picture on the cover"), the March 29, 1973 cover of Rolling Stone does feature colorful caricatures — not a photo — of three of the band members: Dr. Hook (Ray Sawyer), Dennis Locorriere, and Billy Francis.

Rather than identify them by group name or individually, the caption simply says "What's-Their-Names Make the Cover."

Featuring Dennis Locorriere, this tune was No. 1 for four weeks.

IZ ZAT SO? About 29 months before the BBC's refusal to program "The Cover of Rolling Stone," they likewise invoked their "no trademarked names" policy over the mention of Coca-Cola in "Lola," by the UK's own Kinks.

When Kinks front man Ray Davies learned of this snafu he was in the USA.

He immediately returned to his London studio and reworked "Lola," replacing "you drink champagne and it tastes just like Coca-Cola" to "just like cherry cola."

Join our spam-free e-mail group and once or twice a year, when we have a new book or product we think might be of interest, we'll mail you a notification. We will NEVER share your information with anyone!
Simply click here to send us a note with your name and e-mail address.

New column usually appears on Sunday. Bookmark this page and visit at least once each week!

For another 884 weeks worth of fun and informative reading, dig into the Mr. Music Archives!
Search the entire "Mr. Music" Archives for a specific artist, title, word, or phrase!
Loading

Quick Jump! Select a site from menu below and we'll transport you directly there. 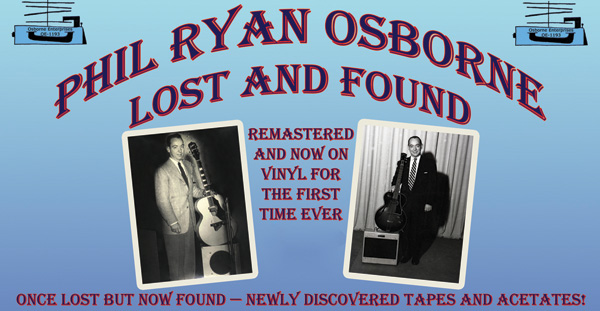 Includes some sample tracks from the "Lost and Found" VINYL LP!